April and Harry Surprise Their Guests with a Wedding 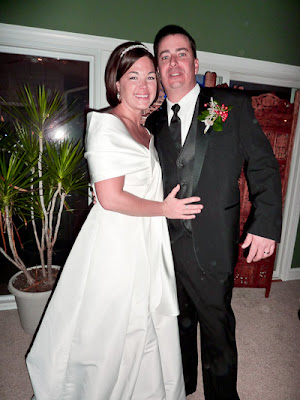 April and Harry have a Christmas party at their home every year but this year there was going to be a difference; they were going to be married at the party and nobody was going to know until it started!


First, the guests started gathering for the party about 2 hours before the wedding was planned to begin. About an hour before the start time, April and Harry left to go get ready and hoped that nobody would miss them while they were gone. Then, once they had returned, their friend was to make an announcement about how important everyone there was to April and Harry and then tell them that they were actually there for a wedding! At that point, lights would come on in the back yard and we would enter from the side of the house where we had been hidden during the announcement. My goodness, you should have heard the cheer that went up when the guests learned they were to witness a wedding!

It was a beautiful ceremony, all about their love for each other, their friends, and most especially their families. It couldn’t have gone off any better no matter what and the roar that went out from the guests when I pronounced Harry and April husband and wife was absolutely deafening. My eardrums were vibrating like I was standing in front of a giant speaker! Then the Confetti cannons went off and there was confetti coming from everywhere. It was WONDERFUL!!

After the ceremony, everyone was hugging and kissing and laughing, having the time of their lives. April and Harry were beaming and so was everyone else. They really put one over on their guests and nobody will ever forget this amazing wedding. It was a special treat for everyone there and what a tremendous way for April and Harry to share their love with the people who mean the most to them.

Here are some photos...

With friends immediately after the ceremony. 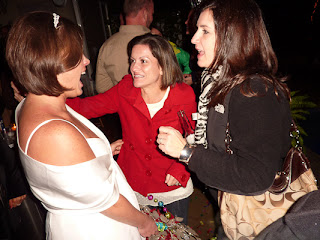 With her Great Aunt. 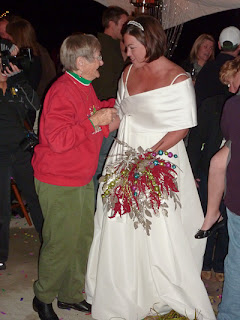 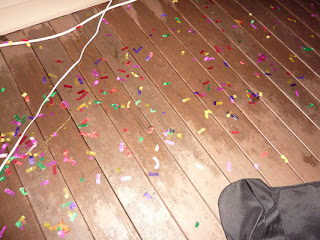 The little sailboat in their yard was festively strung with lights. 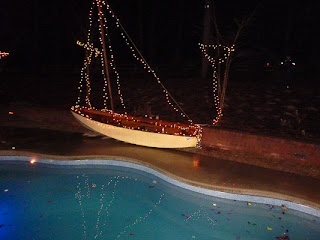 Love this photo of them with Harry’s niece, who was also having the time of her life. 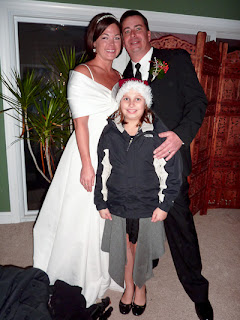 April and Harry, thank you for allowing me to be a part of such a special time in your lives. That deafening cheer when you were pronounced husband and wife will stay with me forever; there was such love and happiness in it.

The professional photographers for the event were Diana Matthews and Monica Dechene of Creative Moments Photography. I can’t wait to see their photos when they are online and Diana has graciously provided some to add to this post. Thanks, Diana!

Anonymous said…
April, seems like only yesterday you in Mark & Cheryls wedding. Where has the time gone! I wish you and Harry all the happiness in the world. Conr=grats, I've heard you had a suprize on everyone, besutiful!
December 29, 2010 at 11:34 AM 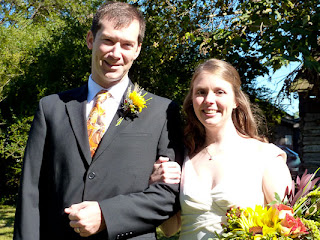 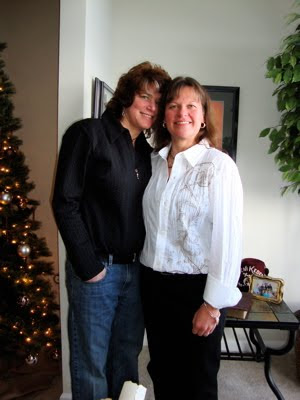 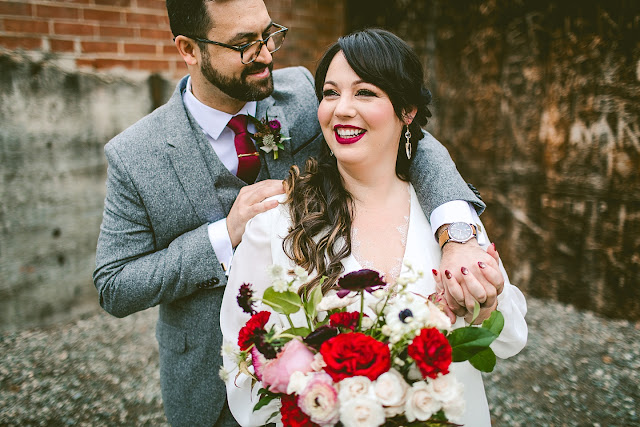 Amy and Jeff Exchange Vows at the Beautiful, Sunlit Cotton Room in Durham 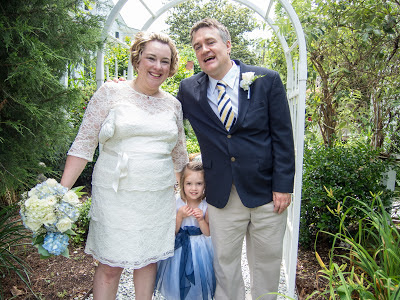 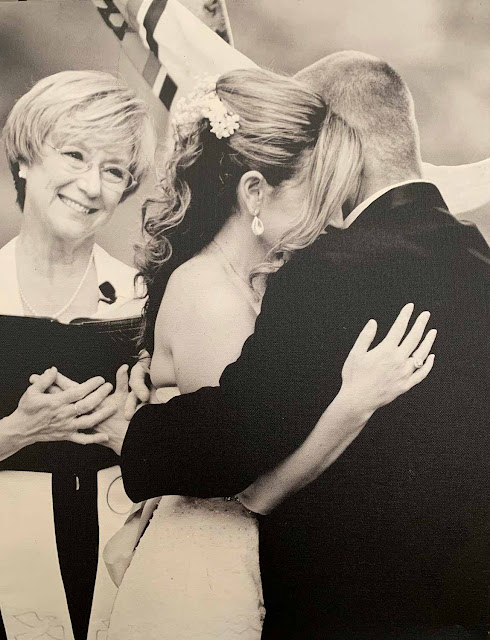 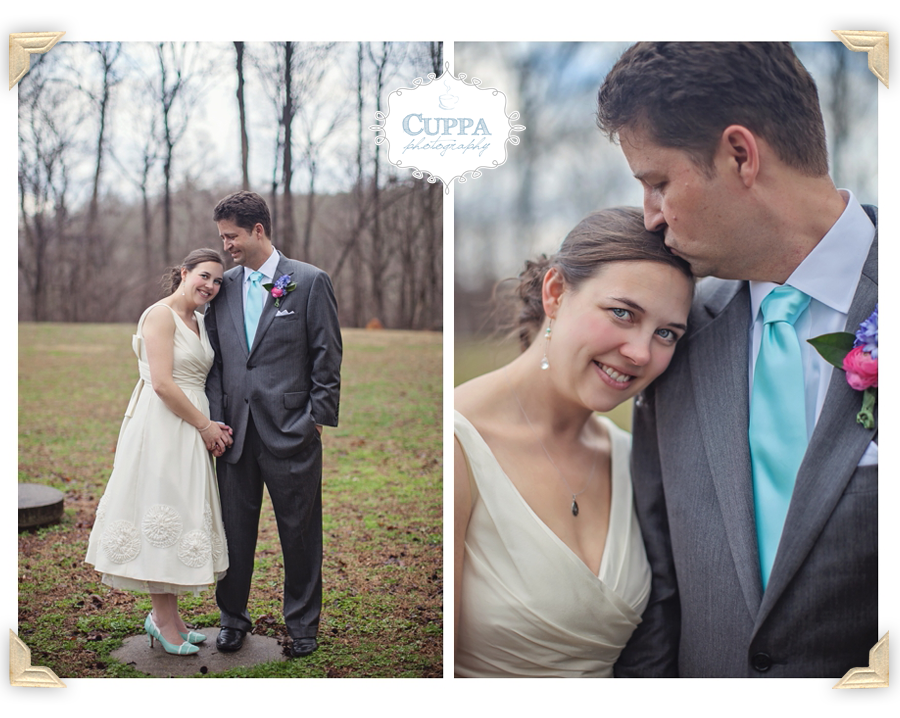 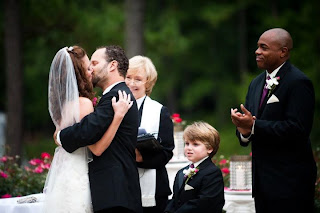 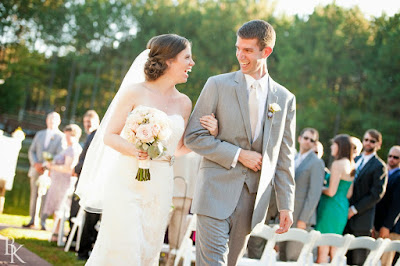 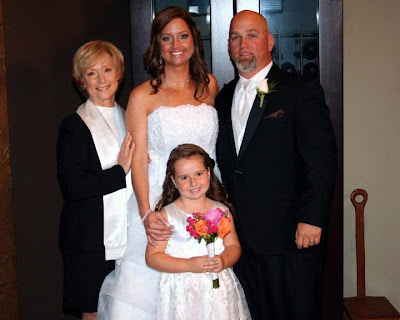 Stephanie, Chuck and Brooke Become an Official Family in a Sweet Wedding Ceremony 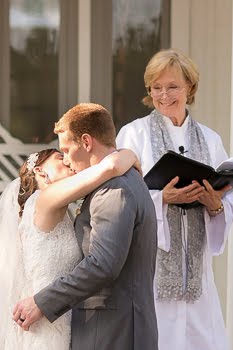 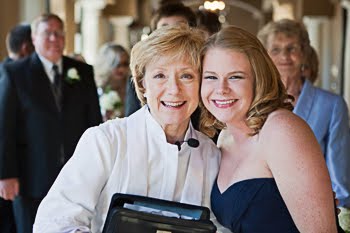 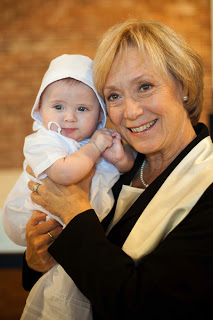 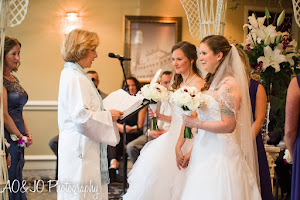 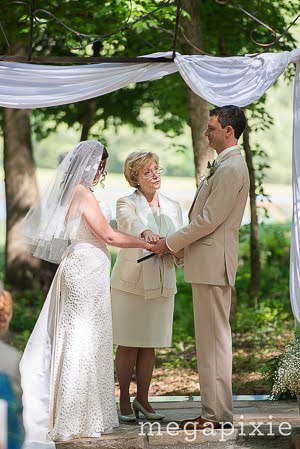